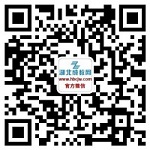 A. such rough sea B. such a rough sea

A. to return it B. it to return C. it to be returned D. it returned

C. must be paid D. must have been paid

A. whales B. a whale C. that of whales D. those of whales

C. your topic should be selected D. select a topic

A. closing; trembling B. closed; trembled

A. had worked B. has worked C. will have worked D. will work

A. this to be done B. this done

C. this being done D. this is done

A. missing watch B. missed watch

A. Tiring B. Tired C. To be tired D. They are tired

A. Pushing B. Pushed C. Having been pushed D. Having pushed

A. So are the fish B. So the fish are

C. Neither the fish D. Neither are the fish

C. would it bother D. has it been bothering

A. were to be killed B. are said to have been killed

C. said to have been killed D. are said to kill

A. whomever B. whoever C. which one D. people

Mr. Jones woke early one morning， before the sun had risen. It was a beautiful morning， _31_ he went to the window and looked out. He was _32_ to see a neatly-dressed and mid-aged professor， who _33_ in the university just up the road from Mr. Jones‘ house， coming the direction of the town. He had grey hair thick glasses， and was _34 an umbrella， a morning newspaper and a bag. Mr. Jones thought that he must have _35_ by the night train _36_ taking a taxi.

Mr. Jones had a big tree in his garden， and the children had tied a long _37_ to one of the branches， so that they could swing on it.

Mr. Jones saw the professor _38_ when he saw the rope and looked carefully up and down the road. When he saw that there was _39_ in sight， he stepped into the garden (there was no fence)， put his umbrella， newspaper， bag and hat nearly on the grass and _40_ the rope. He pulled it _41_ to see whether it was strong enough to take his weight， then ran as fast as he could and swung into the _42_ on the end of the rope， his grey hair blowing all around _43_. _44_ he swung， sometimes taking a few more _45_ steps on the grass when the rope began to swing _46_ slowly for him.

_47_ the professor stopped， straightened his tie， combed his hair carefully， put on his hat， _48_ his umbrella， newspaper and bag， and continued _49_ his way to the university， looking as _50_ and correct and respectable as one would expect a professor to be.

C. Left and right D. Around and around

Grandma Moses is among the most famous twentieth-century painters of the United States， yet she had only just begun painting in her late seventies. As she once said of herself： “I would never sit back in a rocking-chair， waiting for someone to help me.”

She was born on a farm in New York State. At twelve she left home and was in a service until at twenty-seven， she married Thomas Moses， the tenant of hers. They farmed most of their lives. She had ten children， of whom five survived; her husband died in 1928.

Grandma Moses painted a little as a child and made embroidery pictures as a hobby， but only changed to oils in old age because her hands had become too stiff to sew and she wanted to keep busy and pass the time. Her pictures were first sold at an exhibition， and were soon noticed by a businessman who bought everything she painted. Three of the pictures were shown in the Museum of Modern Art， and in 1940 she had her first exhibition in New York. Between the 1930‘s and her death she produced some 2，000 pictures： careful and lively pictures of the country life she had known， with a wonderful sense of color and form.

( )51. Which of the following would be the best title for the passage?

B. The Children of Grandma Moses

A. make her home beautiful B. keep active

In the fall of 1924 Thomas Wolfe， fresh from his courses in play writing at Harvard joined the eight or ten of us who were teaching English composition in New York University. I had never before seen a man so tall as he， and so ugly. I pitied him and went out of my way to help him with his work and make him feel at home.

His students soon let me know that he had no need of my protectiveness. They spoke of his ability to explain a poem in such a manner as to have them shouting with laughter or struggling to keep back their tears， of his readiness to quote in detail from any poet they could name.

Indeed， his students made so much of his power of observation that I decided to make a little test and see for myself. My chance came one morning when the students were slowly gathering for nine o‘clock classes.

Upon arriving at the university that day， I found Wolfe alone in the large room which served all the English composition teachers as an office. He did not say anything when I asked him to come with me out into the hall， and he only smiled when we reached a classroom door and I told him to enter alone and look around.

He stepped in， remained no more than thirty seconds and then came out. “Tell me what you see.” I said as I took his place in the room， leaving him in the hall with his back to the door. Without the least hesitation and without a single error， he gave the number of seats in the room， pointed out those which were taken by boys and those occupied by girls， named the colors each student was wearing， pointed out the Latin verb written on the blackboard， spoke of the chalk marks which the cleaner had failed to wash from the floor， and pictured in detail the view of Washington Square from the window.

As I rejoined Wolfe， I was speechless with surprise. He， on the contrary， was wholly calm as he said， “The worst thing about it is that I‘ll remember it all.”

( )55. What is the passage mainly discussing?

B. Thomas Wolfe‘s course in playwriting.

( )56. Which of the following is NOT said in the passage?

B. The author made an experiment on Wolfe‘s ability.

C. Wolfe‘s students asked the author to have a test of their ability.

D. Wolfe did not feel angry when he was tested.

A. He tried hard to remember what was in the classroom.

B. He stayed in the classroom for a short time.

C. He stayed drew a picture of Washington Square.

D. He followed the author into the classroom.

A. The author was happy to see the test result.

B. What the students said was hardly true.

C. Wolfe would remember forever what the author had done.

D. Wolfe felt joyful after he had been tested.

The trick in food photography is to show the food looking fresh， so many dishes have stand-ins， just as movie stars do. “When I get my lights and cameras set up， I remove the stand-in and put in the real thing，” explains Ray Webber， who photographs food for magazine advertisements. “Sometimes I have to brush the meat with its juices because it may have dried out a bit. A and when I‘m shooting (拍照) something like tomatoes， I always carry water to spray them with dew just before I shoot.”

Shooting food outdoors has special problems. “I‘m always worrying about flies or worms crawling up a glass，” Webber explains， “my worry is that someday a dog will come up from behind and run off with the food.” Once Webber was shooting a piece of cheese outdoors and needed something to make its color beautiful. Finally he found it： a weed with lovely blue flowers. When the shot appeared， several people were horrified-the weed was deadly nightshade!

A. differences between indoor and outdoor photography

B. problems of outdoor food photography

A. bark while he is shooting B. get into his picture

With the large number of dogs roaring through our communities， people need to know the facts about rabies (狂犬病)， a fatal disease caused by animal bites. Despite vaccination (接種疫苗) programs， rabies is still very prevalent， and will continue to be a serious public health problem for many years to come.

Rabies strikes the central nervous system and brings on choking， convulsions (抽搐) and inability to swallow liquids. It can even cause death. If you or anyone in your family is bitten by dog， cat or other animal， you should not panic， but thoroughly wash the wound with plenty of soap and water and rush to nearby hospital for immediate treatment. If you own the animal which did the biting， you should immediately call a veterinarian for advice and make sure the public health authorities know when and where the biting took place and who was bitten.

A. should be panic

B. should take him (her) to a big hospital right away

C. should help to clean the wound and ask the patient to have a good rest at home

D. should help to clean the wound and then take him (her) to a nearby hospital quickly as possible.

A. What a Rabies? B. The Horrible Rabies

C. What Are Animal Bites? D. How to Control Rabies

Linda：Hello! This is Linda speaking.

Linda：OK. I think I can make it.

Linda：Wonderful! Why don‘t we go to a Chinese restaurant?

Chris：Why not? OK， see you Friday.

Do you have time

69.meeting at the entrance

70.we‘ll go to a restaurant for supper

we‘ll eat at a restaurant

we‘ll have supper in a restaurant

Yang Li is the monitor of Class One， Senior Two. He studies very hard and is the best student in our class. He is good at Chinese， physics and chemistry， but enjoys English and mathematics best. He can speak English fluently. After school he often helps his classmates with their lessons. Whenever someone is absent from school because of illness， he will go to his house to help him with the missed lessons.

He is not only a good student， but also an active sportsman. He likes several kinds of sports. He often plays football after class. He is on the school swimming team， too. 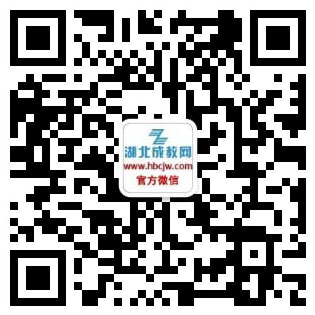 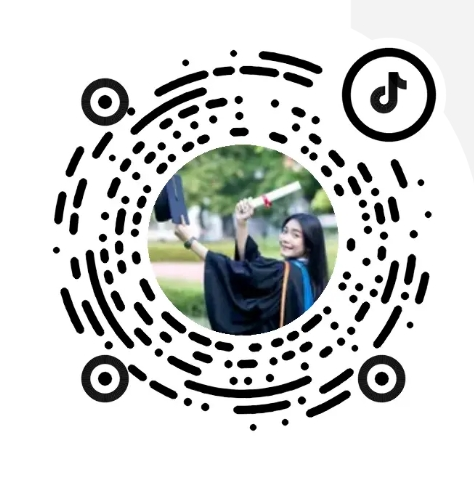